Aloha bitches! What if I told you there’s a renovated hipster hotel in Waikiki with 1960s surfer vibes, a killer restaurant by one of the hot names in the Hawaii food scene, and that it’s reasonably priced – oh, and just a couple of blocks from the beach?!

Nobody told me any of that, but when trawling online through all the hotels available in Honolulu, I was left feeling pretty uninspired. It was all flashy chain hotels (apart from the glorious Royal Hawaiian Hotel in which we were to spend our first night) or places that looked like they lacked character, especially for the hefty price tags. So to not only discover this relatively new and stylin’ hotel The Surfjack, but discover that it had the name of one of my favourite songs emblazoned on the bottom of the swimming pool, it was definitely a no brainer for me.

We arrived here for the last few days of our honeymoon, just fresh from 5 nights in Kauai. Having only spent one night in Honolulu on the way into Hawaii (at the aforementioned Royal Hawaiian – or ‘Pink Palace’ as it is affectionately known), we were eager to spend a few more days exploring Waikiki. But then we arrived at The Surfjack and I started to doubt whether we would step foot outside of the hotel, like, ever again.

The bright pop of colours in the surfer retro lobby was enough to make my pulse quicken. It’s situated right next to the ‘swim club’ (yup, the Wish You Were Here pool space) on one side and one of the most adorbs little shops and coffee stops Olive and Oliver (more on that later) on the other. And just in case we were questioning whether or not this place was going to ace the hipster hotel olympics, there was also a pop up design market featuring stylish sunglasses and clothes tucked up behind the pool. The guy (I’m ashamed I don’t remember his name) who checked us in was so super friendly and helpful that we felt welcome as soon as we stepped into the premises.

I was super eager to see the room. And it didn’t disappoint… 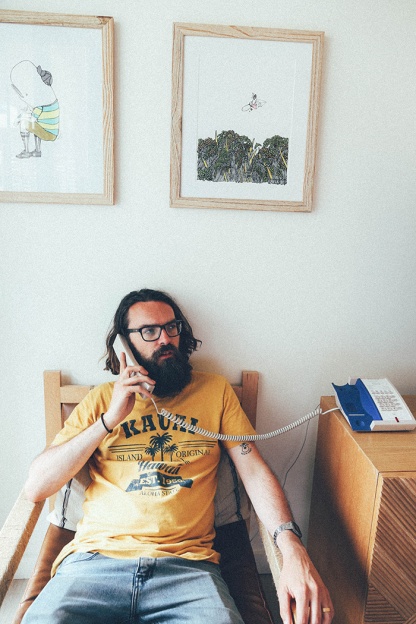 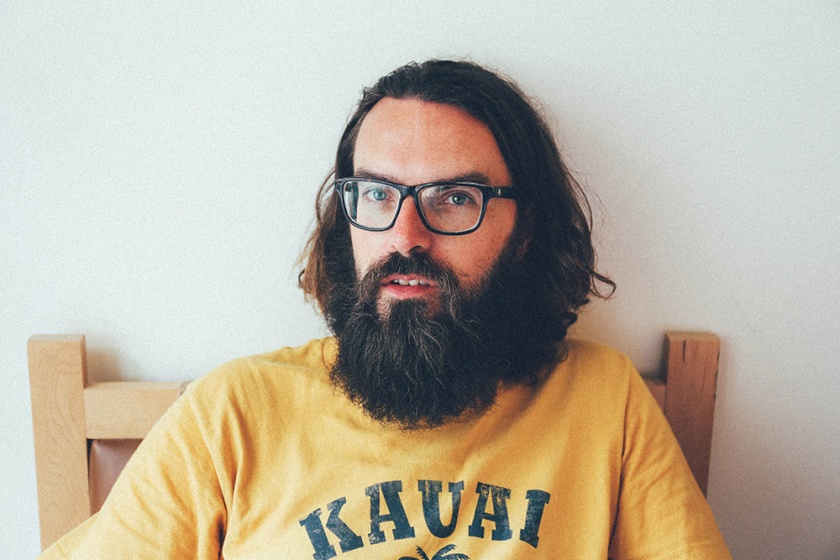 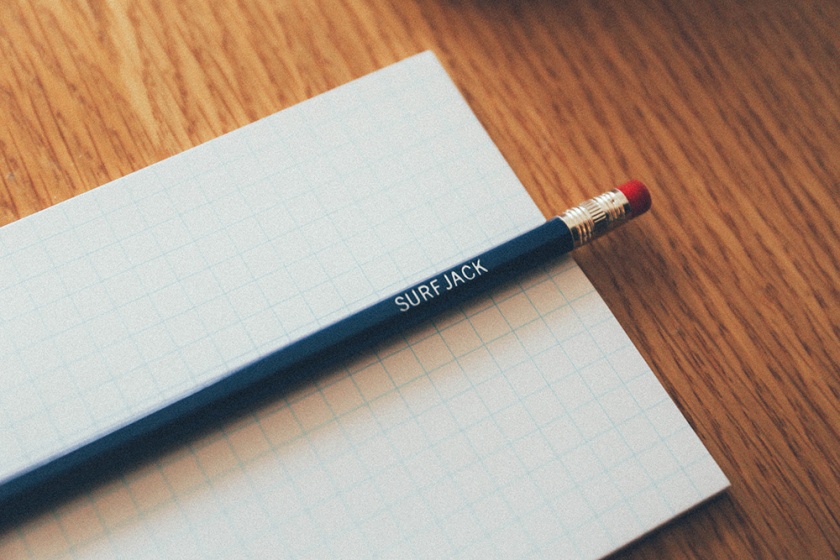 There were so many little touches that made the rooms oh so satisfying. Firstly, the interior design was a seamless extension of the hotel share spaces. The surfer vibe continued with a blue and yellow print headboard, wooden panelling and furniture, illustrated prints on the walls by local artists and a spread of surf/skate culture mags. There was also some complimentary gourmet popcorn and macadamia and coconut cookies, as well as Momo toiletries in the bathroom. 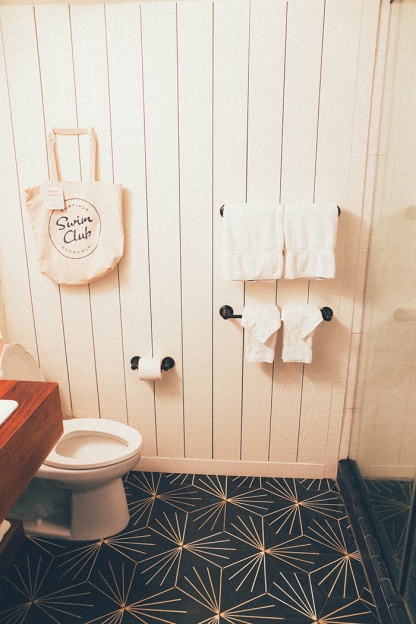 Back down next to the swimming pool – which really is the central feature that the hotel spins around – is the restaurant Mahini & Sun’s. It’s the fourth restaurant of Hawaiian-born chef Ed Kenney. We also dined at his other restaurant in Kaimuki (another neighbourhood of Honolulu) Mud, Hen, Water – but more on that in another post (coming soon!). I ordered the ‘Sun Bowl’ and a pineapple mint ‘Shaka Tea’, which Phil hated, but I really liked. It was fine, because Phil was more than happy with his local beer from Maui Brewing Co. 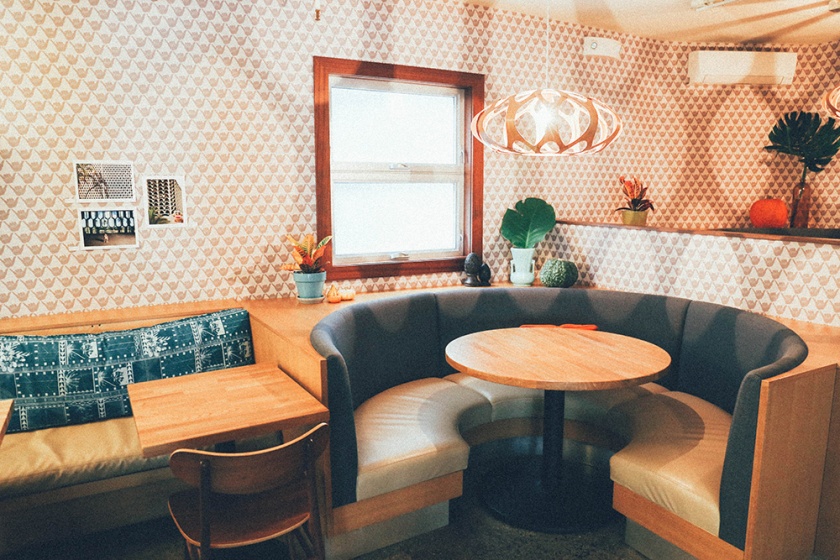 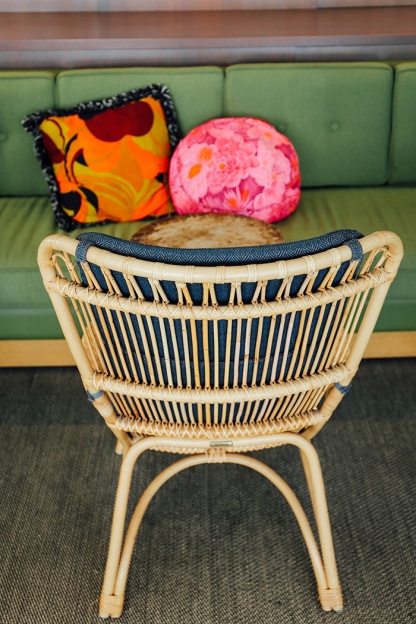 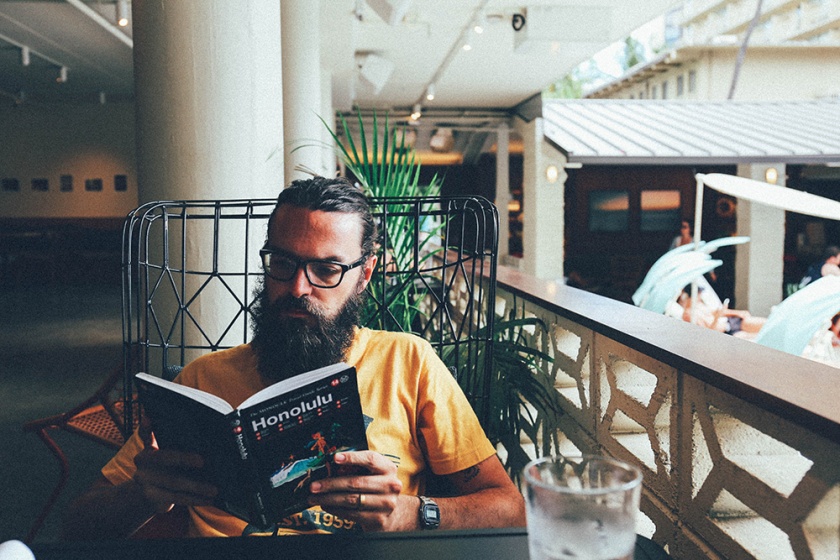 Want to know one of the best things I did in Hawaii? Take a helicopter trip over Kauai! Waterfalls, the dramatic cliffs of the Napali Coast – it’s Jurassic Park country – check it out in my post Kauai from the Skies: A Hawaii Helicopter Tour.

Brekky at Mahini & Sun’s is great too – a delicious granola and yoghurt (with dragon fruit!) was enjoyed by the pool (Phil had malted waffles which were insane as well) and we also ate in on our last morning and my mild hangover was grateful for the Eggs Sammie! Each morning we had to order our coffees from next door at Olive & Oliver, just because it had been the best coffee we’d had in Hawaii so far, so if you’re on to a good thing… 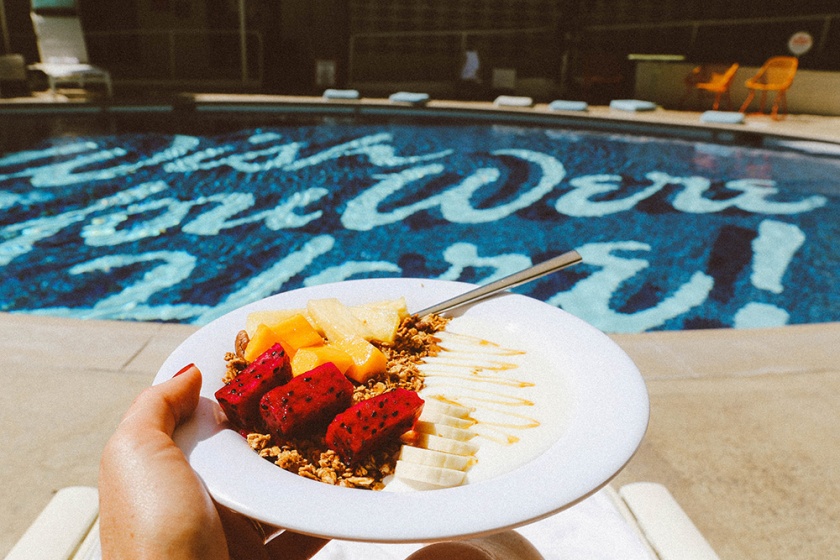 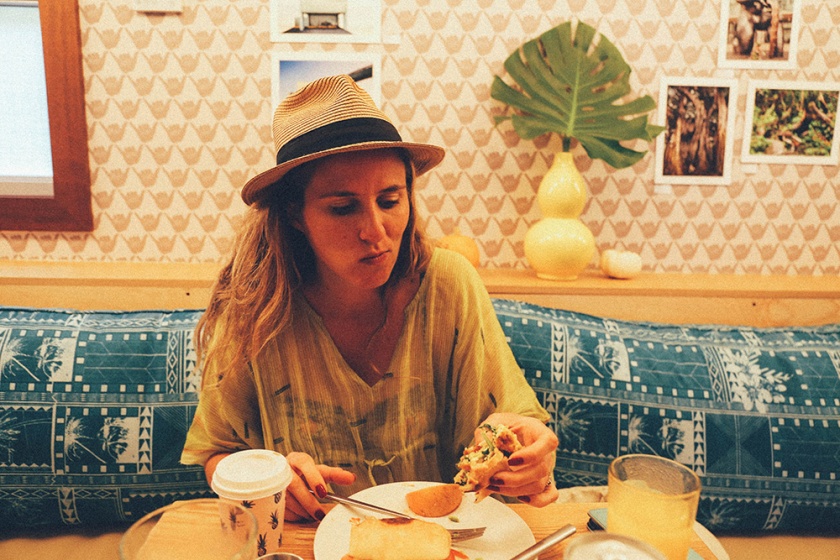 The retail and coffee store attached to the Surfjack felt like it was curated just for me. I wanted to buy almost everything in there, whether it was a Scotch & Soda bag, a cookbook, Surfjack t-shirt or piece of jewellery. What I did buy though, is an Olive & Oliver pink enamel cup covered in pineapples THAT I LOVE and use all the time back home in Sydney.

I thought when we first checked in that the pool area would be swarming with super fashionable people the whole time we were there. That we could swim, but surely not get one of the shaded reclining chairs, which were all taken for the fist little sunny bit when we arrived. It wasn’t the case at all! On our first full day at the hotel, the sun was out, as were we, chilling by the pool, reading and ordering refreshments from Mahini & Sun’s. Why leave?! So we didn’t. At least not until late in the day.  A bit like our experience at The Slow in Canggu, Bali, there was incredible tunes playing by the pool all day, so expect to Shazam a lot. It definitely gave me some extra tracks to play on my Wanderlust show on Bondi Beach Radio when I returned!

But one of the good things about Surfjack is its close proximity to the beach and main shopping strips of Waikiki. We ducked out to dine at Bill’s, visit the Maui Brewing Co, detour to Kaimuki for Ed Kenney’s other restaurant Mud, Hen, Water, do a little shopping, and sip on some sunset Mai Tais at the Royal Hawaiian – it’s all within easy reach. You should definitely stay there on your next trip to Hawaii!

The Slow in Canggu, Bali

Hey there! I’m guessing if you found your way here, you’re into taking a wild spin of the world yourself. I think you’ll love getting our Wild Spin E-news so please do sign up. I’m also over on Bloglovin’ and Pinterest, so please do sign up to stay in touch! 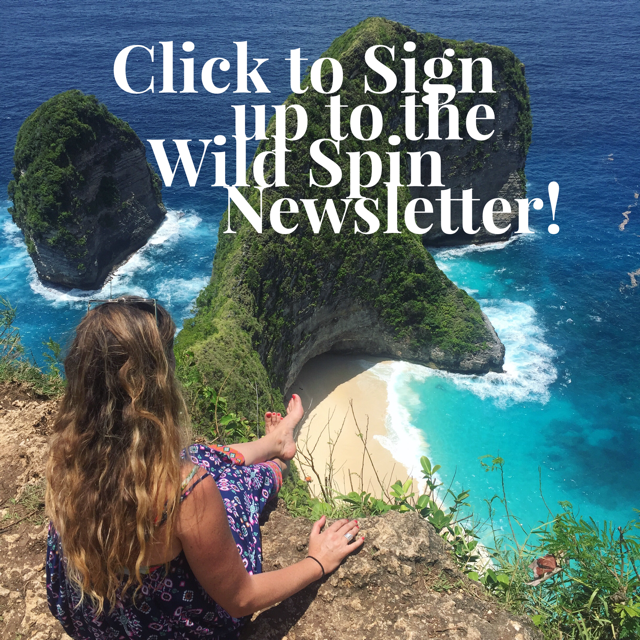 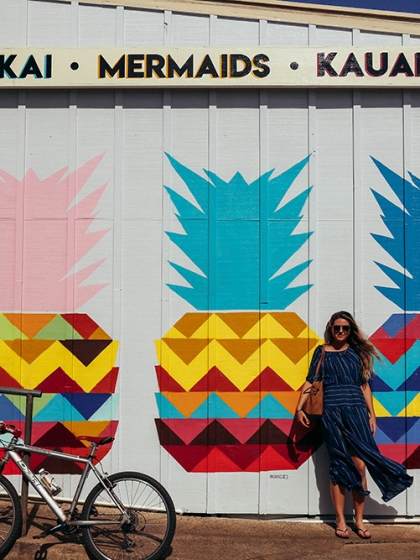